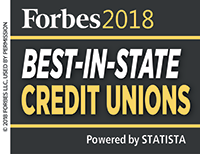 USF Federal Credit Union took the top spot in the state of Florida, being named the No. 1 credit union in a survey by Forbes and the market research firm Statista.

America’s Best-In-State Banks and Credit Unions were chosen based on an independent survey from a vast sample of more than 25,000 U.S. citizens spread among all states. USF FCU ranked first among five Florida-based credit unions that made the list.

“We are extremely pleased to receive this honor and be named the top credit union in Florida,” USF FCU president and CEO Richard J. Skaggs said. “Many thanks for this ranking go to our employees and management team who work extremely hard each day to deliver financial solutions that improve our members’ lives. And I thank our valued members who participated in the survey and am grateful for their contributions.”

The survey was conducted using an online access panel. Each participant was asked to name all banks/ credit union’s where he/she has or previously had a checking/savings account. Participants had to evaluate banks and credit unions regarding general satisfaction and recommendation as well as trust; terms & conditions; branch services; digital services and financial advice. For each criterion a detailed number of questions were asked.

In every state the banks and credit unions with the highest score were awarded. The length of the top lists in every state varied between 5 and 1 (depending on the amount of evaluations collected and the score).

In total, 145 unique credit unions were awarded as the Best-In-State Credit Unions 2018.